Hill and Valley was built over a three week period by a few dozen volunteers from Lincoln, Helena, Missoula and beyond,. It was and remains a community project. The work is composed of 28 lodge poles, 400 pounds of nails and 30,000 pounds of newspaper. It is the largest paper work of it's kind that has ever been built.

Steven Siegel creates public art and site-specific installations in natural and urban contexts that reinvent the role of sculpture for an eco-conscious planet. Connecting art-making and environmental processes, he builds impressive sculptures out of large quanities of pre or post consumer materials that reflect the deposit and decay cycle that underlines the making of the land. Siegel's work prompt dialogue abour society, landscape and form - all with an eye for nature's processes.

Steven has participated in symposia and site specific installations since the 1980's. He has worked in Italy, Germany, England, Korea ,Canada and the United States.his work is in the permanent collections of North Carolina Museum of Art,, Arte Stella (Italy), Grounds for Sculpture, Woodson Art Museum, DeCordova Museum, University of Wyoming Museum of Art, Chemin d'Art (France) and Tikon (Denmark). 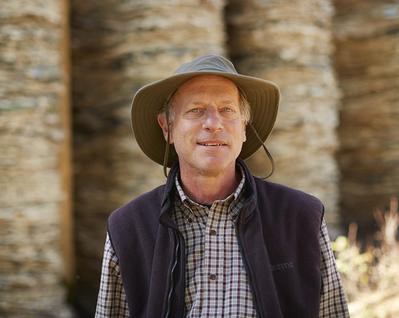