Composer Philip Aaberg has been commissioned to write “music of place “in New York, Kansas, Wyoming, California, and Montana for orchestra, chorus, solo piano, dance troupe, and chamber ensemble. Fanfare magazine said of his first recorded release “High Plains”, “these bittersweet portraits are as evocative of place as the larger works of Dvorak and Sibelius….”. Keyboard Magazine said, “ Phil is the genuine article….an innovator in a stylistic neighborhood bordered by great American composers Aaron Copland and Charles Ives, and performers Bruce Hornsby and Keith Jarrett. It’s a uniguely American sound.” He has composed and recorded over 100 piano pieces. Basketball fans will know his score for the award-winning documentary “Class C: The Only Game in Town.”

His teachers while at Harvard included Leon Kirchner, David del Tredici, and electronic music composer Robert Ceeley. Born in the tiny town of Chester, Montana, he toured the world with his own compositions and as a member of Peter Gabriel's band, who said “Phil is one of the most talented musicians I've ever worked with.” He also spent years with the electronic new music chamber ensemble of Paul Dresher who said, “Phil is a dangerous musician. Dangerous because you may never find another musician who plays as convincingly in any style. ” He has received grants from the American Composers Forum, the NEA, and the Rockefeller Foundation. His studio is in a round grain bin 30 miles from the Canadian border in the shadow of Montana's Sweetgrass Hills.

Aaberg is a Grammy and Emmy nominee, has received both the Governor’s Award for the Arts and for the Humanities in Montana, was given an honorary doctorate in music from Montana State University in 2013, and was named a Treasure of the Treasure State by the Montana Secretary of State’s Office in 2016. 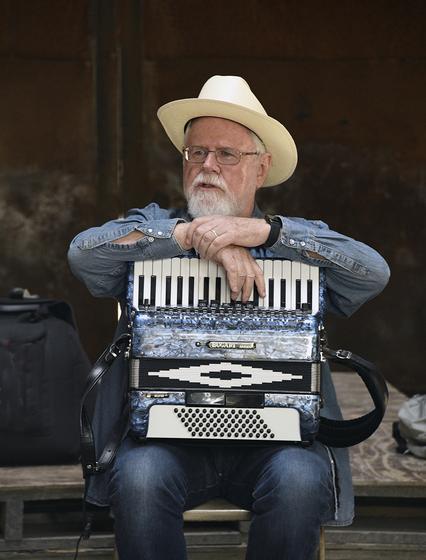